As you may have heard a couple of weeks ago, some specs have been confirmed for Sony’s prospective next generation console. The announcement came as a small shock to many, what with the PlayStation 4 still seemingly in a comfortable place in its cycle, having just got another exclusive release in the form of Days Gone and with others promised for the near future like Kojima Productions’ Death Stranding. During an exclusive interview, programmer, entertainment executive, and most importantly the lead architect on Sony’s PlayStation 4 Mark Cerny confirmed a number of exciting features that will be included in Sony’s next step in its games console journey.

First things first, this potential PlayStation 5 won’t simply be an upgrade to the current generation. The market has been saturated with console reiterations, Pros and Xs and now the rumoured Nintendo Switch upgrades. We don’t know what to expect after so many iterations of the current gen consoles being released, but from what we’re hearing it’s going to be a rewrite of how games are developed and subsequently played. The PS5 is going to be a powerful platform.

We should note that this console is definitively not going to have a 2019 release date, maybe not even a 2020 date. We’d imagine it won’t stretch much farther than that though, with a potential holiday release in the final quarter of 2020 or a mid-2021 release.

Having been the lead architect on the PS4, Cerny is also lead architect on this ‘next-gen console’ and has confirmed that it will still make use of physical media, being partly based on the current generation’s architecture. That basis also provides an opportunity for backwards compatibility: the feature that all gamers pray for when investing in a new piece of hardware.

There’s been a lot of subsequent speculation regarding what the PS5’s controller will look like and what features it will have. If the console unit claims full backwards compatibility, that would mean that certain under-used (and generally unnecessary) features such as the DualShock 4’s touchpad would have to make a diffident comeback. Others suggest the touchpad may be upgraded into an integrated touch screen, harkening back to Sony’s fallen comrade the PS Vita, or perhaps following in the footsteps of the wildly popular and successful Nintendo Switch. This, in turn, raises questions about the form factor of the controller which, when you think about the real-world implications and probable lack of implementation renders the touch screen theory unlikely.

The console will, of course, feature updated CPUs and GPUs, as has every new console generation before it, making it more powerful and able to pack some real punches when it comes to graphical fidelity. It’s a little too early in the process to divulge what exact models the console will utilise, but we’re certain they’ll make some decent all-round improvements. The next step is usually a system memory increase to match the beefier file sizes that come with bigger, better-looking games which we can undoubtedly expect from Sony. With 1TB systems on the rise, we can expect the PS5 to bring at least the same base capacity if not 2TB in the basic model.

One of the announcements with the most gravitas has to be the confirmation of ray tracing. Ray tracing is a rendering technique that allows for insanely realistic and dynamic lighting effects. It makes use of an algorithm that can trace a ray of light and simulate its interaction with objects in a virtual environment. In layman’s terms, light will reflect and refract much more realistically. Alongside the console’s support of 8K graphics, we can only imagine how beautiful games are going to look in a couple of years’ time.

Cerny also confirmed that the console will incorporate 3D audio, which is essentially what Ray tracing is for dynamic lighting but for sound. 3D audio will allow for game audio to be heard from all around the stereo field. Above, behind, side on. We can’t wait to see this implemented into those bigger, better-looking games. Just imagine being able to really place an enemy’s position in-game just by listening out for their footsteps, or the immersion possible in a near perfectly simulated jungle in an updated VR experience?

And about that VR, Cerny has confirmed that the current PSVR is compatible with the next generation console and that virtual reality is very important to them. While the current PSVR compatibility dampens our spirits a little in terms of an updated headset, it doesn’t rule out the possibility. The current iteration is a nightmare of cables with extra expenses such as move controllers and cameras. We’re hoping Sony will ditch some of the wires and bundle in the essentials with a new, updated VR system somewhere along the PS5’s life span.

We know by now that larger games generally equate to longer load times. These load times are essentially the time it takes for the game to get the information it needs out of your system’s hard drive. The speed of this action depends on what kind of hard drive you have installed. According to Cerny, Sony’s next-generation console is getting an update that will mean miniscule load times, fleeting fast travelling, and snappy rendering all delivered through the power of an SSD or solid-state drive.

Cerny demonstrated the efficiency of the SSD compared to the PS4 Pro’s hard drive by loading up the exclusive title Spider-Man. When fast travelling on the PS4 Pro, the load time was 15 seconds. When using a next-gen devkit with a solid-state drive, it took a mere 0.8 seconds. That’s a ridiculous difference and would massively improve load times. And, because of those improved rendering speeds, it also means that the speed at which a character can move through a world is increased.

All these features are shaping up to look like a fascinating next generation that we absolutely cannot wait for. There’s been no word yet on what games we can expect for Sony’s next-generation console, but we can guarantee they’re going to look beautiful, sound incredible, and perform ludicrously well. 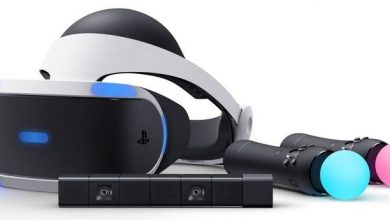 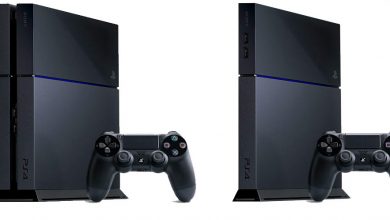