Yesterday, Sony held a showcase detailing some important things about its upcoming PlayStation 5. It was an absolutely packed presentation with some massive surprises, some expected reveals, and some new gameplay for titles we already know about. We also learned the price, release date, and pre-order information for the PlayStation 5, so all in all, Sony more than matched Microsoft’s reveal for its own Xbox Series range. We thought we’d collect some of the most important and exciting announcements from the presentation so you can relive them in all their glory. Here’s everything that was announced during the PlayStation 5 showcase.

Sony opened with a heavy hitter. Final Fantasy XVI has officially been announced and it looks seriously impressive. Taking place in a world that seems to draw inspiration from diverse sources like Game of Thrones and Attack on Titan, Final Fantasy XVI looks to continue the action-based combat of Final Fantasy VII Remake, but in an all-new setting with new characters and story elements. Colour us extremely excited.

Finally, we’re getting that open-world Harry Potter game we’ve always wanted. Hogwarts Legacy takes the Wizarding World back to the late 1800s and allows you to create a custom character to explore Hogwarts in its prime. You likely won’t encounter many characters with whom you’re already familiar - they weren’t born at this point, after all - but expect plenty of nods and exciting fan-service from this one.

We knew Spider-Man: Miles Morales was going to be something special, and the extended gameplay look we got at Sony’s showcase confirmed our suspicions. Running on PS5, it looks absolutely stunning. Miles controls like a lither, more agile version of Peter, which is appropriate considering he’s a scrawnier but quicker dude. Outside of these differences, it looks like more of the same Insomniac Spider-Man action we know and love.

We’re reliably informed that Sony will be offering Demon’s Souls as part of the PlayStation 5’s launch lineup, which is an exciting prospect. The gameplay we got to see at the showcase didn’t quite feel like a From Software title, but perhaps that’s the clean break the Souls series needs. Demon’s Souls does manage to capture the ruined majesty of From’s original, so we’ll be watching this one with great interest.

Oddworld Inhabitants’ followup to the well-received Abe’s Oddysee: New’n’Tasty looks to continue the combination of grit and glamour that its predecessor espoused. In this trailer, we got a look at Glukkons in all their glory, as well as some of the new levels on offer in Soulstorm. It’s shaping up to be a wonderful successor to New’n’Tasty. Here’s hoping it leaves out the rather immersion-shattering indie game ads this time.

Devil May Cry 5 was a stark reminder that linear single-player triple-A games are still very, very welcome in our modern gaming era. Dante’s latest adventure is as stylish and violent as ever in the Special Edition, but now there’s even more content to get your devil teeth into. It’ll add Vergil as a playable character, as well as a new Legendary Dark Knight difficulty mode, a Turbo gameplay speed increase, and ray tracing support.

The latest game in the long-running Call of Duty series (and its long-running Black Ops sub-series) looks suitably breathtaking on the PlayStation 5. We got a look at some characteristic Call of Duty set piece-heavy gameplay which has us massively excited to finally get our hands on the campaign. The shooting looks just as meaty and satisfying as ever, and this one promises some classic narrative twists, too.

We know that Fortnite has been out for quite a while now, but the PlayStation 5 version will be built on Unreal Engine 4, giving its already-stylish cartoony graphics a realistic sheen. You’ll be able to play Fortnite from day one on PS5, and all of your progress from other platforms will carry over, so you won’t need to worry about earning all of those cosmetics or emotes all over again.

We don’t know an awful lot about Scott Cawthon’s latest entry into the Five Nights At Freddy’s franchise (try saying that five times fast). At the Sony showcase, we got a neon-soaked teaser trailer that didn’t tell us too much about the gameplay, but if past form is anything to go by, it’ll be an unspeakably tense thrill ride where one wrong button press could cost you your life. 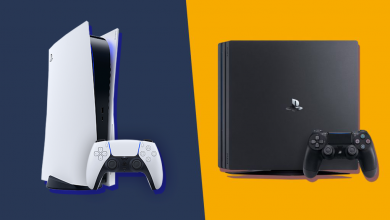