Sony’s PlayStation 5 is promising to be an absolute powerhouse of a console. With the console arriving in November, it’s not long before we discover just what the PlayStation 5 is capable of. There’s absolutely no doubt in our minds that Sony is going to wreck Microsoft in the upcoming console war. Despite the American tech giant aiming for different areas than Sony, they’re still clearly in direct competition with one another over the hearts and minds of console gamers everywhere, and Sony simply has the upper hand in this regard.

While that may not necessarily be down to raw technical power, we still think the PlayStation 5’s specs make it a seriously impressive beast to look at on paper; a true winner from Sony. Obviously, we won’t know the true power of the console until we get our hands on it (and, frankly, that time can’t come soon enough), but we thought it would still be a good idea to take a step back and examine just what the PlayStation 5 is capable of. Here’s everything we know about the PS5’s technical specs and features - which, at this stage, is quite a lot!

Without wishing to get too into the weeds, the PS5 is a monster of a machine. It’ll have a custom Ryzen CPU with 8 Zen 2 cores and a GPU with 10.28 TFLOPs of power behind it. The machine is equipped with 16GB of GGDR6 RAM and an custom 825GB SSD (a slightly strange number, but we trust that Sony knows what it’s doing). You’ll be able to expand the console’s storage with an NVMe card and a USB HDD, and it’ll rock a 4K UHD Blu-ray drive (although there is also a digital only version of the console that doesn’t have a disc drive which will retail for less). Below are the official confirmed PS5 console specs, with each hardware component showcased in a table.

There will be a version of the PlayStation 5 with a disc drive and one without, so you can decide whether your physical media collection is important. If you have PS4 games on your console, you’ll still be able to download and play them digitally, so you don’t need the disc version in order to take advantage of the PS5’s back-comp feature. However, if you do have a sizable PS4 library, you’ll still be able to play that via your PS5’s disc drive, so you don’t need to worry on that score either. In addition, PSVR games will also be compatible with the PS5 (more on which later).

As we’ve stated, the PlayStation 5 will be fully backward-compatible with PlayStation 4 games, both on-disc and via the PlayStation Store. Unfortunately, it seems early rumours that the PS5 would support games from Sony’s classic console lineup are unfounded. You won’t be able to play your PS1, PS2, or PS3 library on your PS5, sadly, unless you own PS2 Classics on the store or play PS3 games via PlayStation Now streaming. PS4 PlayStation VR games will, however, be fully playable on PS5.

The PlayStation 5’s software lineup is a doozy. Although we don’t know which games will accompany the console at launch, we know what’s coming, and it’s a veritable treasure trove. The Demon’s Souls remake has us most excited, but there’s also Ratchet and Clank: Rift Apart, Resident Evil VIII: Village, Horizon: Forbidden West, and Gran Turismo 7, among many others. Click here if you want to see the games coming to PS5.

The PS5’s DualSense controller promises to immerse players even more in the action than the PlayStation 4 could. That’s thanks to two major features: haptic feedback, which aims to simulate real-world actions via motors in the controller, and vibration motors in the triggers, which will give feedback when you’re drawing a bowstring or firing a weapon, for example. Your DualShock 4 will be compatible with the PS5, but only when you’re playing PS4 games, sadly.

Whilst the PS5 will have a variety of PS5 accessories available on release, Sony has said that most PS4 peripherals will work with the PS5. This includes specialty devices like racing wheels and flight sticks, as well as wireless headsets, the PS Move Motion Controllers, and the PlayStation VR Aim Controller. Officially-licensed third-party peripherals will work with supported PS4 games, but you might need to check with the manufacturer of your particular peripheral to make sure it’s supported on PS5. You can also use PlayStation Camera with PS5, but you’ll need a special adapter which Sony will ship out to you at no extra cost.

PlayStation VR will be fully compatible with PS5, and it’s going to form the cornerstone of Sony’s strategy when it comes to VR for some years to come. While Sony is very likely working on PSVR’s successor, it’s not quite ready to see the light yet, so you’ll still be using your trusty PSVR headset with compatible PlayStation 5 games. Sony is making PS VR a huge part of its overall gaming strategy, so expect to see plenty of new announcements and reveals for the device over the coming weeks and months.

Sony says that PlayStation Now is definitely coming to the PS5. Unfortunately, we don’t have a huge amount of information regarding exactly how PlayStation Now will work on the new console. What we do know is this: right now, you can stream lots of PS2, PS3, and PS4 titles via PlayStation Now, and since that’s such an integral part of the service, it’s very unlikely to change on PS5. Rest assured that if you’re a retro fiend, PS Now will continue to be your streaming solution of choice on the new console.

Release date - When can you get the PS5?

The PS5 will arrive November 12 in USA, Canada, Australia, New Zealand, Japan, Mexico and South Korea. The rest of the world, including the UK and Europe, will be able to purchase a PS5 from November 19. You can keep checking stock from our PS5 order page.

Will my Astro A50’s be compatible with the ps5? 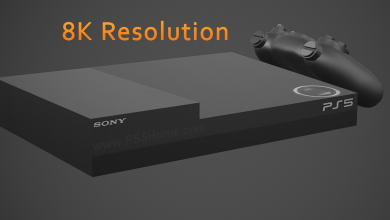 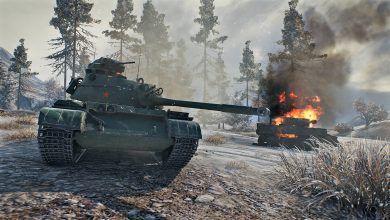 The Most Action-Packed Games Available Online 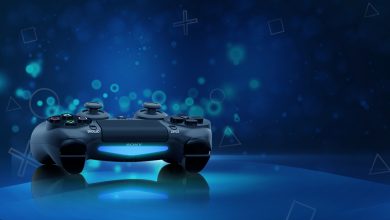 Things to expect from PlayStation5